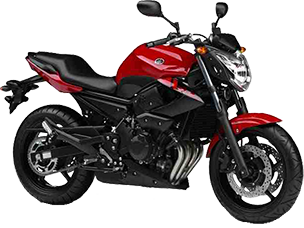 All post test courses are designed for and adapted to individual rider requirements. There is always more to learn to enhance your skills, enjoyment and safety. For the new licence holder or back to bikes rider we offer a variety of 1 day courses, covering either general or specific riding techniques and skills. For the more experienced rider we have 2 day UK courses. Our 5 day Ireland and 8 day European training holidays are currently suspended due to Covid -19.

This is the area we have specialised in for over 20 years, conducting advanced rider training in the UK, Ireland and Europe. Our senior instructor spent 10 years in Ireland helping to improve rider skills and safety with both BMW and Ducati in Dublin, also helping to reduce rider insurance premiums by conducting rider training/assessment courses for several insurance companies.

Please take the time to read the article and comments below, all from experienced riders in their 20’s to early 50’s and all who considered themselves to be good riders until they completed further training.

For more details and prices contact Jeremy at the office.

Well I’ve done the advanced training course and what fantastic hard work it was. Normally it’s done over three days with three riders but two guys pulled out at the last minute so I got two days of one on one training with Jeremy Tilley. I know now why Kim and Claudio gave me knowing smiles as they saw me getting ready to go. I was going to be put through my paces. At about 10ish on Friday I met up with Jeremy at Ducati Dublin and had a chat over coffee (thanks Kim) about my riding experience before filling out a questionnaire, I didn’t fail, so I took this to be a good sign or so I thought. After getting fitted up with mics and ear pieces off we went, Jeremy on his Pan European following my 749 so he could see how I rode the bike. Turning left at the lights I disappeared down the bus lane leaving Jeremy behind, and learnt my first lesson of the day; bus lanes are off limits if you’re going to take an advanced test, doh! Soon we were climbing toward Brittas along some lovely twisting roads. As planned we stopped in a garage to top up on fuel and get some initial feedback. Well I needed to top up on fuel, Jeremy had filled his Pan about 2 months ago so it wasn’t due another fill yet. “Interesting, very interesting” he said as he rolled a cigarette, lit up and began to analyse my riding ‘style’. In summary I could ride a bike but stayed way too close to the vehicles in front, didn’t use enough of the road and jumped up and down the gears like I was doing a jig! “I’ll ride in front for a while” he announced “try and follow my lines.” We set off again, the roads were pretty straight at first and the traffic light so we sat just on the inside of the white line. Then the first real corner appeared a right hander with an identity crisis, one of those corners that didn’t want to be one and kept trying to straighten out. Just to make it interesting it undulated like a discarded quilt. Jeremy simply (he made it look so) placed his bike on the left side of the road just kissing the broken yellow line with his rear wheel, barreled round the corner on ‘positive throttle’ and disappeared. The young Padawan on his flash superbike had much to learn from the Jedi Master on the bulky tourer. But wasn’t that the whole point of doing an advanced course! And so the second lesson of the day began and I tried to follow Jeremy’s lines through one turn after another as he gave a running commentary about the road ahead. It was my turn to take the front again, the running commentary continued acting as a second pair of eye’s. “Further to the left, you’ve plenty of road” as we lined up for a right hander convinced that there must be plant life stuck in my fairing. “You turned in too soon” as I cut the apex yet again, “Keep your head up” as I dropped it on a tight left hander. All the while trying to read the road ahead, gathering information. Information was the key, gathering it, analysing it and then deciding how to deal with it. Back to the road and it was beginning to sink in my lines and approaches improving, the occasional “better” ringing in my ear piece. Our conversation over lunch had been about riding in the wet, gravel and such things. I never like riding in the wet much and the torquey twin seemed to make it worse. So after lunch things stepped up a peg and taking the discussion about gravel as some sort of hint we soon left the nice open roads to try out some tight narrow country lanes. Here there were no road markings just high hedges and crappy surfaces, the lesson was about patience and dealing with some of those things bikers hate like the aforementioned gravel and of course farmyard muck. Overtaking was limited and the trick was to stay back and wait and so I did penance for tailgating the DHL van. We made our way back to the city my fear decreasing thanks to Jeremy’s prompts as we travelled the nameless lanes. Back in Dublin we stopped for a coffee to discuss the day, my head was spinning and I was knackered but looking forward to the next day.

Day two arrived and I was back in Ducati Dublin, more coffee and more discussions about corners as Jeremy talked me through how to line up each type. Soon we were back on the road again heading toward Trim, no motorways today, clear of the traffic we were on the back roads again with 80 kph limits, plenty of gateways and tight turns. Reading the layout of the road, looking at the way the hedge rows ran, looking for oncoming traffic gathering and using the Information around me to adjust my riding. The corners were tight and I was being picked up on my habit of entering bends on a neutral throttle, Drive through the bend” how could he tell, oh yes a Jedi Master, I forgot. My lines were improving and was I really beginning to enjoy the feeling of doing it right, well most of the time. We were now on fast sweeping 100 kph (erm plus) roads the focus was on observation and riding through sequences of bends. If you like to race from corner to corner slamming on the anchors, kicking down the gears before diving into the corner you need to do this course I guarantee you will get from A to B quicker without going faster, if you know what I mean. It was lunchtime again, having done so many twists and turns I was totally lost but knew we were somewhere near Mullingar. As we left the small coffee shop we looked up at the sky, we’d be getting wet very soon. Ever since I got the Duke I’ve been nervous of it in the rain, all that torque, sparsely threaded tires and buckets of power, it always seems to twitch and get nervous. “9 times out of 10 it’s the rider that makes the bike twitch” Jeremy had remarked as he got the video camera ready, “stay relaxed”. And so the heavens opened but the road surface was good and I kept my lines, only allowing for the standing water and puddles, and stayed relaxed and it worked. The rain passed and we started to make our way back to Dublin. The roads were soaking but I was having a ball, Although there was one left-hander that I barreled into and halfway through I thought “mm maybe that was a little quick” “Stay relaxed” came the Obi Wan like voice in my mind. I did and kept the right line, the bike never skipped a beat. Afterwards Jeremy admitted he thought about telling me to slow down for the turn, but as there was nothing coming he decided to see how I’d do. I’ve come to admire the 749 even more, its made  for these types of road. The roads soon dried out and we were back near Lucan but not before hitting some back roads again making our way back to Ducati Dublin. I was fit for nothing but thoroughly satisfied I still have work to do and much to learn but hope to do an advanced test soon. Getting this should give be a 20% discount on my insurance if all goes to plan the two days will have paid for itself. I would do it again in an instant just for the fun, if fun is the right word to use! This is a must do, £250 well spent.

Other comments about our advanced training

I didn’t expect the report so quickly! Thanks for being so prompt. I’m very happy with the assessment you’ve given me and feel it is bang on the mark with picking out my weak points. It’s great to have it in black and white. I want to also mention how much I enjoyed the few days and your tuition and guidance were invaluable in making me push my limits out while still feeling safe and in control.

Thanks for the prompt assessment report and the general comments. Over time I have observed other riders, how they may approach corners, junctions, etc., but I have never been with such a competent rider as yourself who takes in so much as you travel. I thought I took in a lot, but hearing you and what you observed, amazed me. I realized, my attention and observations were very limited, I didn’t take in a third of the information you did. I thought I was relatively good at cornering. I may have survived up till now but my approach has been wrong. I haven’t used the road to my best advantage as you have shown me. Overall, the course was excellent, and was presented in a relaxed and thoughtful way by you, and I would recommend it to anyone who is interested in improving their riding skills and ability. Again many thanks.